The Sound of Music

Of late I've found myself listening to George Winston's December in the early pre-dawn hours.  Waking about 3am racing thoughts of incomplete projects and open issues swirl around my brain.  Listening to these piano compositions slow my heart rate and calm my thoughts.  Usually I fall back to sleep during the opening track entitled, "Thanksgiving." 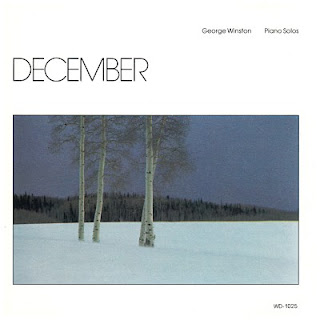 I first heard the album in 1982 while studying in the Music Lounge during my freshman year of college.  Several years later we bought cassette tape and eventually the CD.  Fast forward to 2006 and the music found its way onto my first iPod, but remained unplayed for many years.

I'm not sure what prompted me to call up the album recently.  Of late I've discovered that music infused with piano leaves tracks of something good in me.  My husband and I recently heard Jimmy Webb play his original compositions on a huge grand piano in a 100 seat venue.  At times tears welled in my eyes from an unknown place.

As I've been musing about this, I remembered that most afternoons while growing up my mom played our piano for an hour or so before starting dinner.  I expect this was something she did even before she and Dad married.  I can't help but wonder if since my conception piano instrumentals have been part of me.  Who knows and in some ways it doesn't matter.  I just know that this sound of music is delicate and tender in my soul.
Posted by Small Glimpses at 5:40 PM Topics: Glimpses, Memories, Music
Email ThisBlogThis!Share to TwitterShare to FacebookShare to Pinterest

i, too, love george winston, and find his music transports me almost instantly, every time. thanks for your words here. looking forward to more!

crazy!!! i love their "harvest home" album.... haven't listened to it in years!!! again, thanks for the reminder!!!